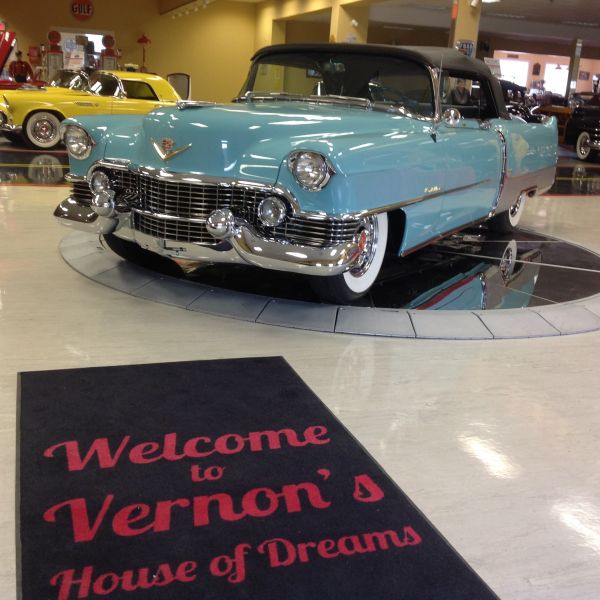 Vernon’s Antique Car Museum is located in scenic Swift Current, NL, 25 Kilometers from the Trans-Canada Highway on Route 210—the main road to Burin Peninsula. Nestled between rolling hills and situated in the head waters of Placentia Bay lies the quaint, secluded village of approximately 300 residents. A 23,000 square foot showroom containing what many consider to be the best private collection of vintage automobiles in all of Canada, and comparable to any facility of its kind in North America. The facility is not exactly outport typical, however, to many automobile and non-automobile enthusiasts it has been a jaw dropping and almost surreal experience.

With a passion for low and rare production automobiles, the first acquisition was a 1967 Plymouth Belvedere. It was a very basic automobile with no frills, but the intense passion to compile the rarest and most limited production model of the Blue Oval (Ford, Mercury and Mercury models), began to intensify. My long term goals were to acquire and restore them to better than new condition and at the same time adhere to the strictest standard of Authenticity. The hobby remained stagnant until 1995, but during the past 20 years the collection has surpassed expectations and consists of 64 low production antique automobiles from 1908 – 1970. The collection is diverse with the big three—GM, Ford, Chrysler, and the Brass era are well represented, with the majority of the cars being convertibles. In Addition is a broad display of exclusive muscle cars from 1967 through 1970, which many enthusiasts argue is the pinnacle of the exquisite muscle car era. There are several special vehicles; the first fuel injection vehicle and official pace cars.

Walking through the custom made show room will take you back in time and one can envision more than a century of automotive history. On both sides of the two lane highway with lane markings representing route 66, are gleaming grills and shiny lights of vintage automobiles of every size and shape. The cars are neatly displayed with sufficient walking space that all cars can be viewed from any angle. Each vehicle is in running condition, and can be fired up in a moment’s notice. In addition to cars there are century old gas pumps, an original 1946 Wurlitzer Juke Box, pristine Coco Cola Signs and exquisite memorabilia of garage and road side diners of the 1950’s.

Contributions from proceeds are distributed among the community school, fire hall and other community organizations. The facility has become a favorite location for the annual high school graduation, family photographs, we also chauffer local high schools grads on prom day.

The museum is open each day from April to the end of November.

Your ticket for the: Vernon’s Toy Shop