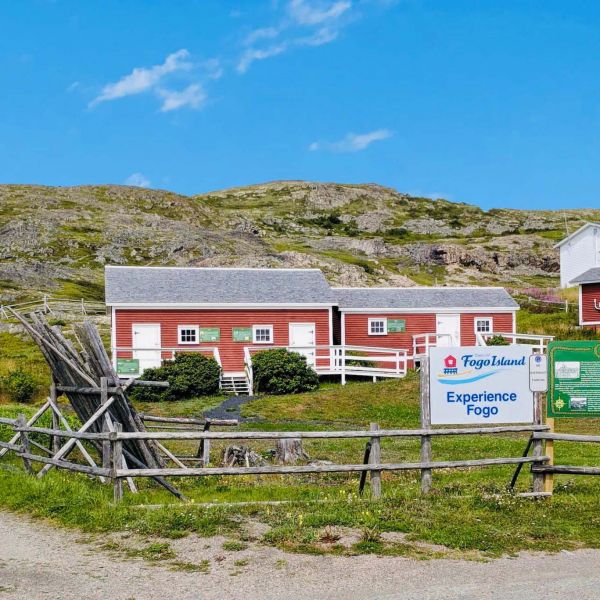 View collections of old tools and see how residents grew their own vegetables, raised their livestock, mended their nets, and dried their fish.

This parcel of land was once owned by the Slade merchant family, and then by the Earle’s. It was later donated by merchant Henry Earle for the building of a cottage hospital, which closed in 2004 after fifty-one years in operation.

The site includes a number of elements – carpenter’s shop, stable, traditional garden, stage and flakes – which would have been familiar in outport Newfoundland around a century ago.

The community of Fogo was permanently settled by Europeans, and a description of its fishery was recorded as early as 1697. These early fishers probably left for Britain in the Winters, but permanent settlers were living at Fogo by the 1720’s (Winter population in 1738 – 143)

As the nearby stage and flakes remind us, Fogo existed because of the fishery. By the late 19th century the port was an important centre for cod harvesting: in 1891 twenty-five schooners sailed from Fogo to the Labrador fishery. A number of fish merchant houses were based at Fogo, including the Slades, Hodges and Earles. The residents of Fogo came mainly from West Country England and southeastern Ireland, with the number of residents standing at 1,118 in 1901. By this time Fogo was the unofficial capital of its district, with services like a blacksmith, coopers, a courthouse, police detachment and a resident doctor.

Your ticket for the: Experience Fogo Site