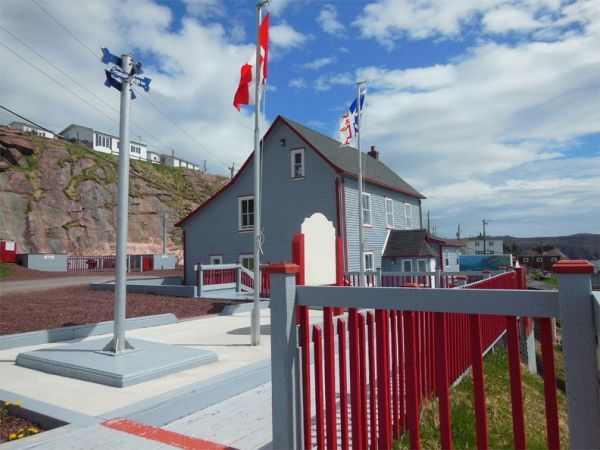 The Bay de Verde Heritage House was built in 1896 by Mr. John Blundon and family of Bay de Verde. Mr. Blundon was a local merchant who owned schooners and traded along the coast. The house was built to accommodate his lifestyle.

The structure of the house is a good example of Merchant Class Victorian housing built on a gable-ell plan with a five sided front porch and fine interior and exterior detailing. It was built in two sections. The main section with its larger rooms, higher ceilings and more elaborate staircase was occupied by the Blundon family. The servants quarters with its smaller rooms, lower ceilings and smaller staircase was occupied by both male and female servants, shipped men, sharemen and sailors. The servant girl’s bedroom is still intact.

The house was donated by Mrs. Dorothy Blundon and family to the Town of Bay de Verde on September 16, 1996 (exactly 100 years after it was constructed). It is now preserved and used as a Heritage House.

Your ticket for the: Bay de Verde Heritage House