Museum Association of Newfoundland and Labrador > Businesses > The Factory 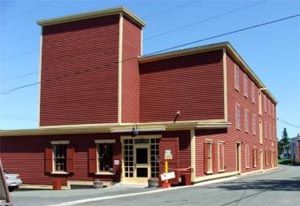 Unique in its own right, Port Union is the “Only Union Built Town” in North America. Built in 1923, The Factory was home to the controversial newspaper “The Fishermen’s Advocate.” Today The Factory is used as an interpretation centre with banquet space on the third floor for conventions and special events.

Also on display is an industrial shipyard and ship-building display with documents and archival items related to the building industry in Port Union.

Your ticket for the: The Factory